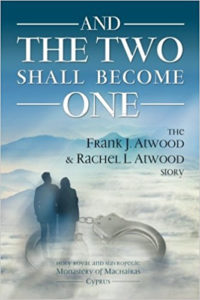 How do we reconcile the death sentence – specifically, a sentence of death that was pronounced on the 8th of May in 1987 – with our marriage, and more importantly, with eternal life? In order to answer this question, we need not only to look back, but especially, to look forward.

Before we were joined in marriage, we were two people from two extremely divergent backgrounds. Frank, the only child born to affluent parents, had a childhood of privilege; Rachel, the only daughter of a couple who later divorced, had a childhood racked with difficulties. In spite of the difficulties, Rachel became “one of us” – a hard-working American with a kind and gentle heart and a rock-solid belief in God.

Despite the privileges and the affluence, Frank’s “choices” – some that he made and some that had been foisted upon him – led him down the dark trail that ended, eventually, on Death Row in an Arizona prison.

Merely being Orthodox Christians can never be enough; we have learned to lead lives of prayer, repentance, and most of all, hope. With our hope firmly grounded in our risen Lord and Savior, Jesus Christ, we look forward to life in Him, because only in Him are all things possible. We must emphasize that we did not “become one” upon our marriage, but years later. Through our individual life experiences and through our shared experiences, we have learned, at last, what is meant by “And The Two Shall Become One”.

At the request of clergy near and dear to us, we offer these, first, our individual and then, our shared experiences to the scrutiny and prayers of all who read them. And we pray, always for the salvation of all.